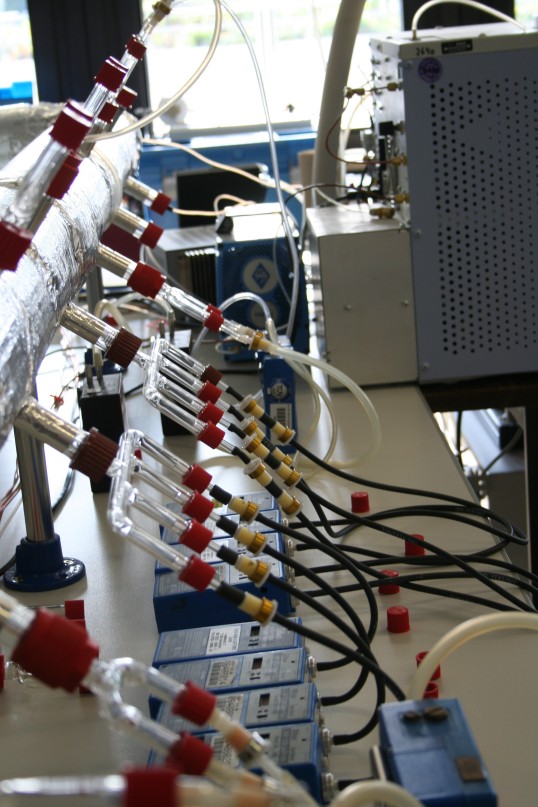 Sampling during a round-robin test at the IFA
Source: IFA

The proficiency testing organized by the IFA for the analysis of hazardous substances by in-plant and external measurement bodies are co-ordinated within the unit. Round-robin tests can be conducted upon request for solvents, inorganic acids, volatile organic compounds (VOCs), aldehydes and metals in dusts.

The specialized field of "mass spectrometry/substance identification" is a part of the IFA's Chemical and Biological Hazards Department. In this field, material samples – generally of unknown composition – are analysed for organic constituents by means of gas chromatography/mass spectrometry (GC/MS). 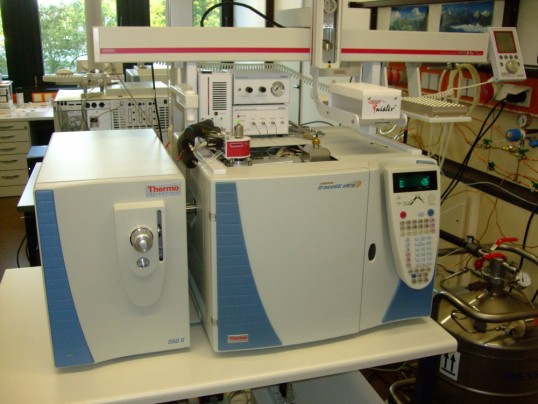 Mass spectroscopy is used in the first instance for the identification of unknown constituents, in order for atmospheric concentration measurements to be planned at workplaces at which these materials occur. Samples are analysed at different ambient temperatures for volatile components (such as solvents), and substances are identified that are not formed until the application process, such as decomposition products of plastics subjected to thermal stresses.

In addition, non-volatile and low-volatility compounds are extracted from work materials, and the extracts likewise analysed by means of GC/MS. Examples include pesticides in various materials, and polychlorinated biphenyls, which are encountered in jointing materials during redevelopment measures. Special and more complex studies, such as quantitative analysis of the carcinogenic aromatic amine component in textile and leather azo dyes, can also be performed.