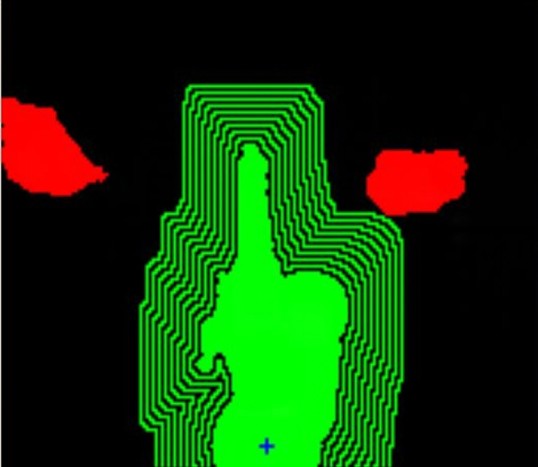 Visualization of a dynamic safety zone by a 3D camera
Source: IFA

Safe control systems are an essential element at a workplace involving collaborative robots. These systems are able to monitor all movements of the robot and to stop it immediately should it move with excessive velocity or to an inadmissible position. This requires the robot control to be able to detect, by means of safe sensors such as cameras or tactile sensors, where the operator is moving. The robot then does not approach the operator too closely, or avoids him or her. This enables workplaces to be created at which human operators are supported by robots. Despite these technical protective measures, a minor risk of collision remains. 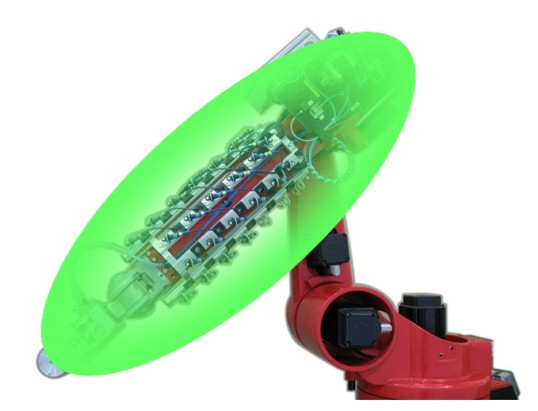 Prototype of an ultrasonic guard on the robot arm
Source: IFA

At the IFA, suitable new technologies for protective measures are tested on collaborative robots and evaluated, for example during research projects and students' degree theses:

Besides the research topics described, the IFA conducts studies into the safety of camera systems and tests/certifies their safety, and is also involved in ongoing standardization activity (IEC 61496-4).