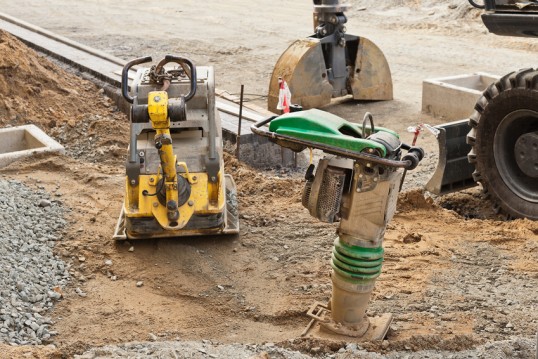 Since 1 January 2002, machinery and equipment used outdoors has been subject to Directive 2000/14/EC relating to the noise emission in the environment by equipment for use outdoors. The directive aims to make quieter products available to the market.

The directive requires all 63 machinery groups within its scope to be labelled with a CE mark and an indication of the sound power level. The intention is to supply future users with sufficient information regarding the noise emitted by the machine in question.

The "Outdoor Directive", as it is also known, particularly applies to construction equipment but also, for example, to aerial access platforms, power sweepers, cranes and compressors. It specifies methods for measuring the sound power level of all of these groups of machinery as well as the operating conditions under which such measurements should be taken. The manufacturer or the manufacturer's authorised representative established in the Community draws up an EC declaration of conformity for each type of the equipment or machinery produced and adheres the CE mark, which must also include the guaranteed sound power level, to the products.

The directive was transposed into German law through the Equipment and Machinery Regulations of 29 August 2002, which came into force on 6 September 2002.

There are 22 machine categories which have to comply with limit values as well as being labelled with the CE mark. The services of a European notified testing and certification body are required to verify that compliance. The manufacturer or the manufacturer's authorised representative can choose from three conformity assessment procedures, as follows:

The Commission collects the noise-emission data and publishes it at regular intervals.

Over the course of many years, the Civil Engineering Berufsgenossenschaft's testing and certification body has accumulated a great deal of expertise in the area of noise measurement, from which manufacturers - and thus the enterprises which use the machines - can benefit.

Please send your test requests to our Testing and Certification Body:
pr-dguv-test@bgbau.de